Get fresh music recommendations delivered to your inbox every Friday.

The Boy from New Orleans

by The Story Is Everything 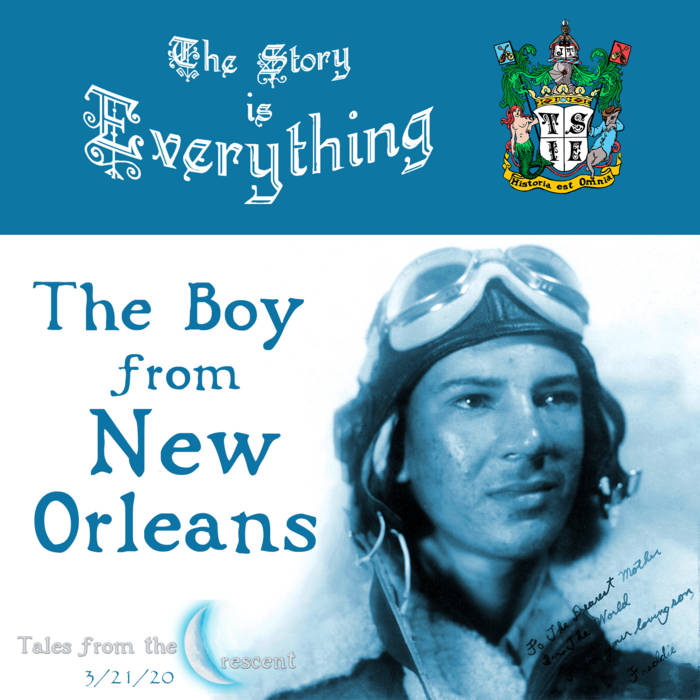 The true story of a young man who fled the Crescent City to fight in World War II, celebrated in the New Orleans States Item newspaper as a "'Kid' Marine" and a "Vet at 17" -- Tanya's father, Freddie Reichard.

To a Marine recruiter Freddie lied about his age
Ready now to prove himself, ready now to rage
He found himself a-headed for the South Pacific Stage
A boy from New Orleans

Frightened in the foxhole, the air raid siren screamed
Fleeing through the jungle in the glare of searchlight beams
Freddie quickly found out that he knew just what it means
To miss New Orleans

Instead of riding street cars, a jungle jeep he used
He heard the roaring pound of surf instead of jazz and blues
And many nights he asked himself "Why did I ever choose
To leave New Orleans?"

Music and lyrics by Tanya Voorhees
Produced by John Voorhees

The Story Is Everything Gulfport, Mississippi

Bandcamp Daily  your guide to the world of Bandcamp